We talked to Dave Keenan, the Chair of the AITPM Transport Modelling Network

I’m a chartered civil engineer with a passion and interest in transportation network modelling; particularly for the meaningful and pragmatic delivery of the insights as modelling can provide to projects and key government decisions. I graduated in Pure and Applied Mathematics as an undergraduate degree, with a focus in operations research and optimisation/algorithms, providing initial insights across many of the important theory sides as sit behind transportation modelling. Postgraduate study at The University of Leeds (UK) Institute for Transport Studies broadened my understanding and gave me a grounded outlook that sometimes seems to get lost in the modelling discipline; never forget the tangible real-world project fundamentals for which you’ve been employed to advise, as one of my earliest managers expressed it to me.

After 17 years in the consulting industry working across projects in the UK, Middle East, Asia, Australia and New Zealand, including on secondments to public sector bodies in a number of countries, I joined Aimsun Pty Ltd in 2015 to lead from a role in developing Aimsun’s many key client and business relationship aspects across the Asia-Pacific region.

What is your current role?: 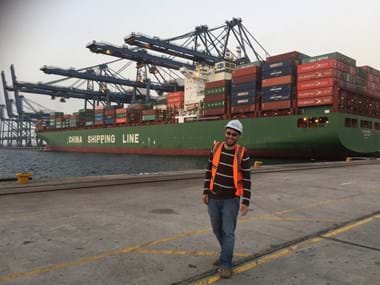 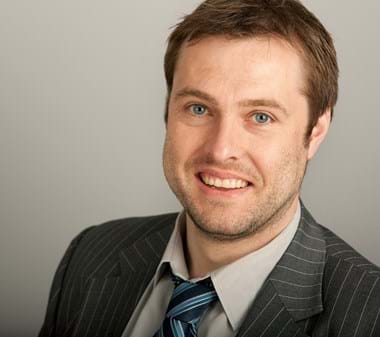 My career from undergraduate mathematics took me first to a job with PricewaterhouseCoopers in their audit and assurance practice in Manchester UK. After working at PwC and becoming almost fully qualified as a financial auditor I applied and won a national scholarship competition to study at The University of Leeds, deciding that a career with a tangible/engineering aspect at the end of an analytical role was something I wanted to have as a core. I think there are few careers in the world such as transportation where this tangible aspect sits centrally to so many things as affect people’s daily lives. The ability to facilitate safe and efficient movement for all in our society is what should be at the focus of everything we do, regardless of our precise disciplines within transportation.

I’ve been fortunate to take part and lead in the analysis and modelling of what might be called mega-projects across the world – Traffic Management for the opening of the Dubai Mall underneath the world’s tallest building, the Burj Khalifa; design and opening months configuration of the $3.1Bn USD Marina Coastal Expressway running underneath the seabed and iconic Marina Bay Sands area in Singapore; master-planning advice for some of the world’s major ports such as the Islamic Port of Jeddah in Saudi Arabia and the Jebel Ali Free Zone in Dubai; plus advice to the local, state and federal governments on some of Australia’s major projects such as the M80 Ring Road Upgrade in Melbourne, and in the early developmental days of Rail Grade Separation appraisals in suburban Melbourne. Each project came with a unique combination of characteristics and challenges and in several cases I was seconded into the government/public sector side. This gave key insights into the differing priorities as exist from the public procurement sides of projects as opposed to the private consultancy provisions side. Perceiving and understanding from these differing perspectives has undoubtedly been a key learning experience.

What is your involvement with AITPM?

I was seconded to Melbourne (for 12 months only!) in my role with AECOM at that time from a position in the UK in 2006. I’d been a committee member with the Institution of Highways and Transportation in the UK and quickly I wanted to find the “Aussie Equivalent”. This led me to AITPM’s door and to join the Victorian State Committee in 2006, from where I’ve been a serving State Committee Member ever since (the 12-month secondment became 15+ years!!)  I’ve served on the convening committee of multiple AITPM National Conferences, including on the 2011 Conference in Melbourne where we led on delivery of the Transport Modelling Friday Workshop.

The 2011 AITPM National Conference was a game-changer for me personally, since, based from that conference, I and a small group of colleagues led the charge for modelling and analytics to take its place in the AITPM through establishment of the AITPM Transport Modelling Network (TMN), and towards formalisation of the Transport and Land Use Modelling Stream (TLUM) and the TMN Workshop within AITPM National Conference proceedings. Since returning to Australia in 2015 from a period spent working in the UK through 2014 I’ve continued to be heavily involved in AITPM TMN, including inviting and hosting key global figures in modelling such as Luis (Pilo) Willumsen as our AITPM TLUM keynote speaker in 2017 for the Melbourne National Conference. I’m currently the serving National Chair of TMN until the expiration of my two-year term in this position at the 2021 National Conference in Brisbane.

What are your aspirations for your contribution to the AITPM?

(1)  To connect and work with as broad a range of people as I can.

(3)  To enhance and increase the role and understanding of transport network modelling from within the discipline but, equally as importantly, from outside of the discipline.

The travel and experiences I’ve had over a 23+ years career, with different people and in different cultures around the world has been wonderful. I’ve loved being a part of successful teams on projects right across the globe, and particularly in the contrasting work areas of the Middle East and Asia. Highlights include getting out from behind my desk and models to visit the real-world facilities as the analysis I’ve been involved producing has been appraising. Key memories include visiting awe-inspiring port facilities in Jeddah Saudi Arabia (as pictured) and walking along the under-construction 10-lane Marina Coastal Expressway running underneath the seabed and the iconic Marina Bay Sands area in Singapore.

I’ve had a number of key learnings in my professional life, including that you won’t always get things right the first time around (and that should not be at all surprising). The main thing is to learn from your mistakes and move on positively, not losing in that your strengths, and certainly not forgetting to notice and learn from your own shortcomings. Also to be healthily aware of those factors as you can ultimately have limited control nor influence over, and to treat them accordingly.

I play piano and woodwind (oboe) in local groups and orchestras, having learned and played the instruments since high school.  I’m also keen on the outdoor life including cycling and walking/trekking. I live in and love the wonderful regional lifestyle of the Macedon Ranges in Victoria.

I’m a Type 1 diabetic, having developed the condition during the challenging VCE years while at school, 30 years ago. Type 1 is such a hidden, life-long and challenging chronic condition, which people develop through pure bad luck; often while young, and with the situation remaining even today as having no immediate prospects for a cure. I’m a passionate lobbyist and fundraiser for the due recognition of treatment and support for people who suffer from the condition. In 2011 I led a light aircraft fly-in/walk-out 10 day trek through the South West Coast Track in Tasmania’s World Heritage Area, raising from the trek group a significant amount of money for improvements to the Diabetes Centre at the Royal Melbourne Hospital.