Bruce Sinclair, who was the co-founder of Sinclair Knight & Partners that became a huge consultancy in many countries around the world, died 25 March 2022 aged 94.

His impact was not only in creating many jobs within Australia and overseas but in creating a positive environment to foster best practice in his chosen industry through his work, business associations, institutes and personal friendships.

Bruce told me that when he and Jack started their consulting business, he was working off his kitchen table.

Sinclair Knight & Partners merged with Merz Australia in 1996 and in the fiscal year 2011–12 the firm's financial revenue was AUS$1.43 billion.

That he gave his time and leadership to groups that covered a broad remit and those that focused on specific skills, is a testament to his energy and this ability to engage at all levels.

The AITT rebranded as the AITPM in 1981.

A booklet and video of the 50th anniversary celebrations  can be found at https://www.youtube.com/watch?v=4ipIPonWb0c&t=248s

I did not know Bruce as well as many others, but he was always so positive in meeting and talking to people. It was obvious that he was enthusiastic but he also listened to what other had to say.

The last time I met him was walking back from a conference in Melbourne. He was aware of his failing health and he said “well I suppose we won’t meet again”. It was a very rational assessment, not wallowing in pity. It was, I believe, a recognition of passing on the call for many others to take up the challenges and make their own contribution.

As I understand it, when he and Jack sold the company they gave up a considerable share of the wealth to those who were still working in the business as he had already retired.

Other comments immediately after the announcement of his passing are:

Fred Gennaoui (Past President and Life member of the AITPM)

Bruce was my first boss and introduced me to the Australian Institute of Traffic Technology (AITT).

Bruce was Foundation President of AITT in 1966.  He became Life Member of AITPM in 2004 in Adelaide.

﻿Bruce and I were close colleagues throughout our combined careers from early days after graduation.

I remember our many get-togethers, discussions and varying views on many subjects engineering but always good friends with the highest respect for each other’s views.

RIP Bruce, you more that earned it.

Bruce Sinclair was my boss for the five years before I joined the DMR in 1983.

He was the inspirational and fatherly leader of the then relatively small consulting engineering company SKP [Sinclair Knight Partners].

To his great credit he nurtured young engineers, gave them opportunities, and then gave the best of them a shareholding in his company. He capped his own shareholding as more shares were issued each year. This generosity ensured a growing group of dedicated staff.

Bruce Sinclair will be fondly remembered by many who worked with him at SKP or with his many and diverse professional associations.

Amongst senior executives there are some who are good managers and others are good leaders. Bruce was both, but he was an exceptional leader.

The Sinclair Knight & Practice was established in Sydney Australia in 1964 by Bruce Sinclair and Jack Knight.[4] The firm grew rapidly over the next 30 years, and in 1996 it merged with Merz Australia (A firm descended from the Merz & McLellan business begun by Charles Merz) to form Sinclair Knight Merz.[4] A series of mergers over the following ten years saw the firm's continued expansion in size, geography and services.

The firm had approximately 7,500 staff working in 47 offices around the world. This workforce represents a range of disciplines including engineers, planners, architects, economists, scientists, project managers, technicians and administrative staff. The business was wholly owned by approximately 500 staff members in a partnership arrangement.

Various technical disciplines sit within these broad categories. For example, specialist rail and tunneling staff are based in the Infrastructure Business Unit. 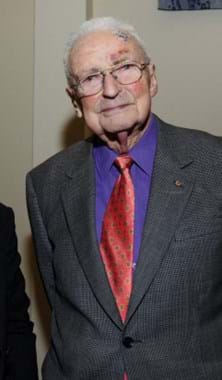