Australia has lost one the great SCATS pioneers with the passing of Peter Lowrie.

Peter Lowrie commenced work with the Department of Motor Transport in 1961 before being transferred to the DMR in 1976. He was probably the first DMT electrical engineering trainee. Early in his career he designed a solid state electronics traffic signal pedestrian controller, another first for the DMT and perhaps Australia too as previous controllers used relay technology. Peter became the DMT District Engineer East, managing all traffic facilities and signals in the eastern quarter of Sydney, gaining real world experience in on-the-road-traffic practice. He was part of the development team for the 1975 Design Standard for Traffic Signals and was instrumental in the development of SCATS. He was for many years a core member of the SCATS expert group and worked in many cities to assist in installing SCATS around the world. Towards the end of his working career Peter developed algorithms for motorway ramp metering controls. Peter was always insightful and willingly gave me technical and career advice when I needed it.

This is a very sad day as we have lost one of the DMT/DMR/RTA’s most eminent traffic engineers and one of the early architects of SCATS.   As the transcript of the RTA’s Oral History program noted:

“As a boy, Peter Lowrie always loved electronics. He joined the DMT in 1961 and worked with Frank Hulscher and Grahame Davis in a tightly-knit group dedicated to extending the functionality of traffic signal equipment. He became District Engineer, Eastern District (Sydney), was involved in the planning and construction of the Sydney Traffic Control Centre and worked with the first solid-state master control equipment. He was also a key person on the team that developed and implemented SCATS . He carried out training and technical assistance to set up SCAT S in Shanghai, Hong Kong, USA , Indonesia and the Philippines. “

There is an access point to the Traffic Management Oral History here:

Away from work Pete was a good friend. Always entertaining.

I also have many very fond memories of time spent with Peter.

A huge loss of real pragmatic traffic management knowledge – so tragic that so few of the current team would be aware of Peter, or have an appreciation of his value or of others like him.

Peter (“Last to Leave”) Lowrie was my first boss out of Uni, 1978 in the (then) Emergency Centre at Brisbane Street.

A perfect learning experience under a truly practical engineer (even if he was ‘electrical’).

I learnt so much about leadership and problem solving, as together with the rest of that great team at the Emergency Centre, we designed and built SCATS. 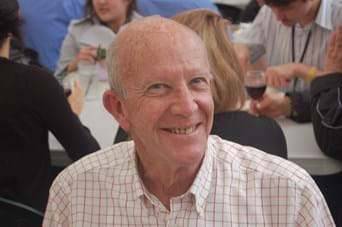 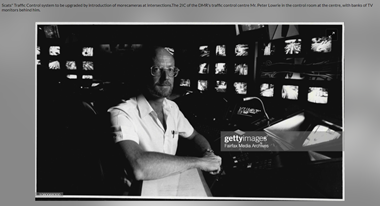